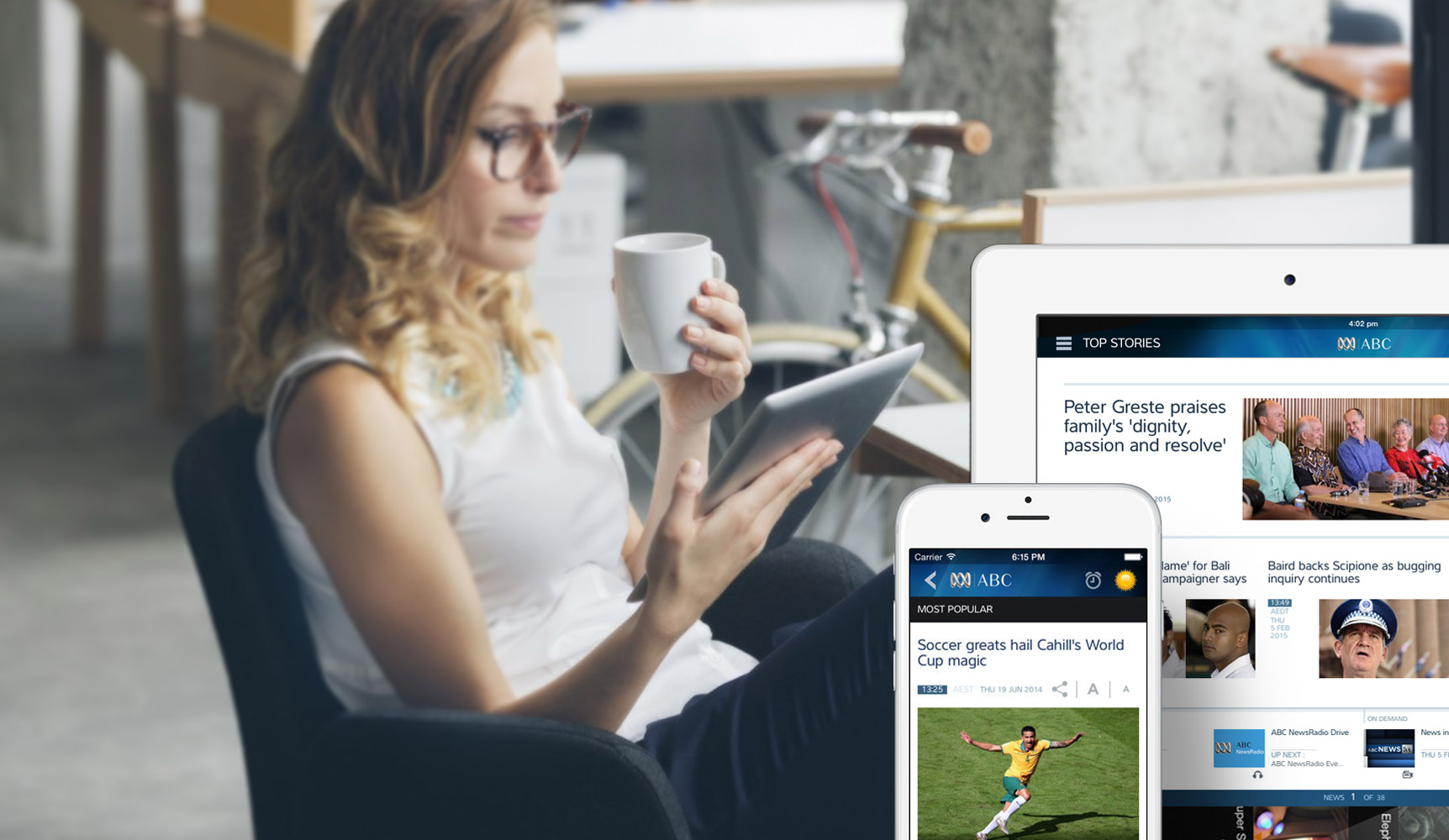 Gomeeki has just taken out the winners place for ‘Best of Smartphone’ in this year’s prestigious AIMIA Awards for its mobile app development work with the Australian Broadcasting Corporation (ABC) on their flagship News apps.

Having worked with Gomeeki since 2009, to build their original flagship news products for mobile, the ABC called on Gomeeki again in 2012 to provide API and iOS front end expertise for the relaunch of its flagship mobile apps.

The challenge was gladly accepted with the following overarching goals in mind:

The apps now have a stronger focus on News, presenting content from across the ABC (Radio, TV, Online) by genre. Since relaunch, all three are now ranked #1 free NEWS app in the App Store and Google Play, receiving rave reviews from users:

The results speak for themselves. In only 4 months since the March 2013 launch, the number of monthly active users had doubled and new installs (reach) have increased by eight fold, confirming the ABC’s success and leadership in the mobile space.